In the mid 1930s, Attilio Cortoni  arrived in Ravenna from Florence, invited to manage a fabric shop in the main square of the city. He then left to serve in the army and after the first World War he returned to Ravenna, where in 1947 he opened his own shop, named after himself  “CORTONI” but also known as “The TUSCANS”.

The two historic shop windows are still located where they were at the time, under the arcades of Via Corrado Ricci, overlooking one of the most popular and picturesque corners in Ravenna, an area which includes the Rasponi Palace, the tomb of Dante and San Francesco Square.

Having been managed for over 70 years by the same family, with great passion and a professional approach, Cortoni has always represented the highest levels of customer care.

The accurate choice of clothes by the finest brands on the market, hand tailored suits and shirts and custom tailoring, make the store as reliable as ever. 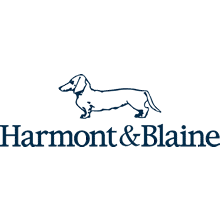